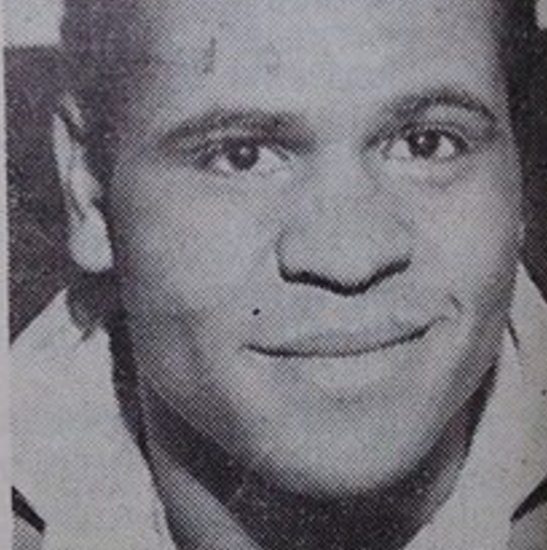 ‘Codebreakers’ is the description long-associated with those who left the ‘amateur’ rugby union game in south Wales to pursue professional careers in the rugby league code.

Many great black Welsh players were overlooked here in Wales but were given an opportunity in league almost 50 years before Wales’ union side capped its first black player. Players like Billy Boston, Colin Dixon and Clive Sullivan went on to become icons of rugby league. They were celebrated and immortalised in the North of England.

The ‘One Team – One Race, Honouring the Cardiff Bay Rugby Codebreakers’ campaign will ensure that these trailblazers get the recognition that they deserve. The statues will help to ensure that their achievements, their stories and their communities are never forgotten.

Colin Dixon was born in Cardiff Bay. He attended South Church Street School and graduated from Cardiff Youth to Halifax in 1961, signing on as a 17-year-old. With Johnny Freeman he helped Halifax win the Championship title for the first time in 57 years in 1964 and became club captain in 1967. He won the first of his 14 Great Britain caps in the 1968-69 season when he moved on to Salford for a then world record fee of £15,000. He played in eight major finals at Salford, winning the Lancashire Cup in 1972 and the BBC Floodlit Trophy in 1975. Salford also won the League Championship in 1974 and 1976. He was briefly player-coach at Salford before heading for one final season to Hull Kingston Rovers, where he won the Premiership title and reached the Yorkshire Cup final. He later coached Halifax and left in dramatic circumstances, being pushed out after the club signed 10 Australians and felt they needed an Australian head coach! So he moved to coach Keighley and also became a director at that club. He did return to Halifax, for a third time, to coach their academy side and sadly died of a stroke, whilst training them, on 21 June 1993, aged 49. A member of GB’s 1972 World Cup winning squad, he scored 177 tries in 738 first-class matches and is in the Halifax RL Hall of Fame.

If you would like to vote for Colin Dixon or one of our other Codebreakers, please visit www.rugbycodebreakers.co.uk