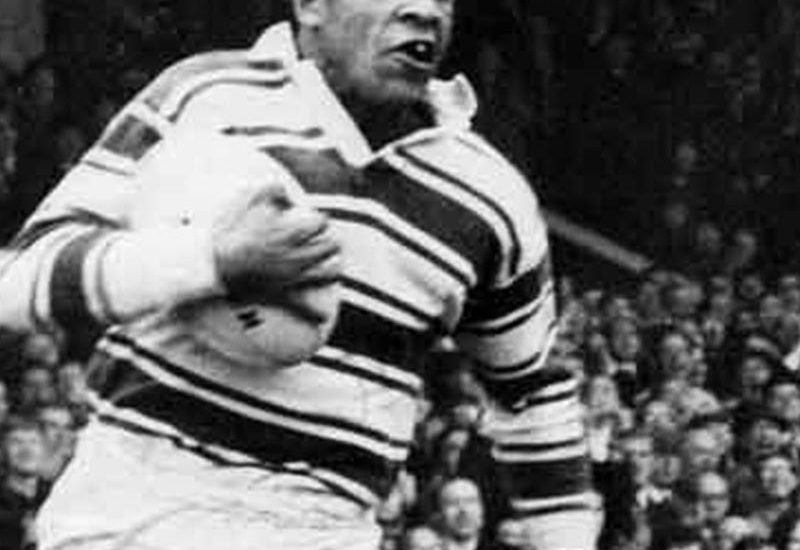 Clive A. Sullivan MBE was the second black captain of any British national sporting side, and the first for 90 years, leading Great Britain to the 1972 Rugby League World Cup. Growing up in the Splott district of Cardiff, he joined Hull FC after being posted to the area whilst in the armed forces. For this club, he played a total of 352 games, scoring 250 tries, before transferring over the city, playing 213 games for Hull Kingston Rovers and scoring 118 tries. He scored more than 1000-points in his rugby league career. Internationally he won 15 caps for Wales, many of them in the 1975 World Championship and 17 for Great Britain. When he died of cancer in 1985 aged just 42, the city of Hull held him in such high regard that a section of the city’s main approach road (the A63) between the Humber Bridge, and the city centre was renamed Clive Sullivan Way in his honour. Since 2001, the Clive Sullivan Memorial Trophy has been awarded to the winner of the Rugby League Local Derby match between Hull and Hull Kingston Rovers in recognition of his service to both local clubs. He still holds two records for Hull which are: most tries in a career (250) and most tries in a match (7) against Doncaster on 15 April 1968.

For more information and to vote for your top 3 codebreakers please visit www.rugbycodebtreakers.co.uk