HomeLatest NewsWe have to be honest with ourselves and the public, end the uncertainty and back a Final Say on Brexit” Vaughan Gething AM

We have to be honest with ourselves and the public, end the uncertainty and back a Final Say on Brexit” Vaughan Gething AM 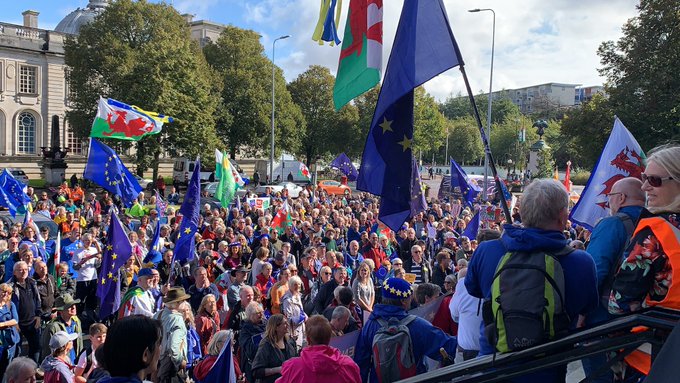 Another week has passed and the UK Government is no closer to agreeing a Deal with the European Union to safeguard our future.

The behaviour of our Prime Minister last week was appalling. I was shocked by his deliberate divisive rhetoric that is stoking anger. Even his own MPs were shocked at his attempt to claim the memory of Jo Cox in support for his demand to leave by 31 October regardless of the consequences. Describing death threats to MPs as humbug was a new low.

We’re roughly a month away from potentially crashing out of the EU with No Deal on 31st October and we’re none the wiser as to how Boris Johnson plans to answer some of the major issues we face. The Prime Minister and his Brexit extremists don’t care the damaging impact that a No Deal exit would have on our people, on jobs and public services.

I have been very clear and consistent about the damage that a No Deal Brexit would do. Let’s not forget, the people of Cardiff South and Penarth voted overwhelmingly to Remain in the 2016 EU Referendum. I will continue to work within my party and across political parties to ensure we aren’t dragged out of the EU without a deal against our will.

Each day I meet with doctors, nurses, clinicians and patients who are genuinely concerned about the impact of a No Deal Brexit on our NHS. Earlier this week I updated the Senedd on how health and social care across Wales are preparing for a No Deal Brexit. I agreed to spend £11 million of NHS Wales funds to purchase and stockpile essential medical supplies and equipment. To give some context, that £11 million could have paid for 7 replacement MRI scanners instead.  I cannot overstate how much of my time has been taken up on No Deal preparation. There is a huge amount of time energy and effort being spent on preparing for the worst possible outcome for our country. That is time energy and effort that should be going into improving health and care services for our staff and the people that they serve.

This is not what the people voted for.

We have to be honest with ourselves and the public –  there is no easy answer to the Brexit farce.  That includes my preferred answer of referendum, remain and reform of the EU.

The recently announced plan by the Prime Minister to have customs checks in Ireland is a real threat to peace and security. That is not normal. The customs checks that would slow down goods including food and medicines are not normal. The prospect of a Prime Minister breaking the law – again – at the end of this month to deliver No Deal is far from normal. I know any people are tired of Brexit but this is the biggest issue of our generation. Unless we put it back to the people in a referendum then I do not believe we will ever resolve our future within Europe and the UK.