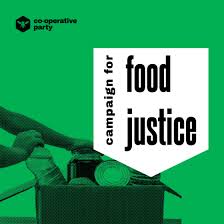 Healthy, nutritious and affordable food should be a right for everyone. Yet, too many people across the UK – and here in Wales – are going hungry. It is shameful that in the 6th richest country on the planet people are struggling to put food on the table.

A recent report by the South Wales Food Alliance has shown that 26% of 16-34 year olds ran out of food in the past year and 160,000 children in Wales are living in households for whom a healthy diet is increasingly unaffordable. In addition, the Trussell Trust has reported record numbers of people accessing its services. Last year, it provided over 110,000 emergency food parcels to people in crisis in Wales, 35,000 of them to children. A No Deal Brexit will be catastrophic for the country’s most vulnerable households and would be an act of economic self-harm impacting many generations to come. This is why I am supporting the campaign for Food Justice.

There can be no doubt that the causes of rising hunger are rooted in a decade of austerity,  tax and welfare changes, and an economy that no longer provides a fair day’s pay for a fair days work for too many. The food crisis that the UK is living through is likely to be significantly worsened if we leave the EU without a deal. The recently published government documents on Operation Yellow Hammer predict shortages of some fresh foods and an increase in the price of food by up to 10%, as a likely scenario. The papers make for grim reading for the many hard pressed families who are already struggling to put food on the table.

In Wales we are committed to eradicating food poverty but we need the UK wide action. The Co-operative campaign is calling on the UK Government to commit to Zero hunger by 2030 and incorporate it into UK law. While many of the solutions to food poverty are the responsibility of the UK Government there is local action that we can take that can make a real difference. The campaign is encouraging councils across Wales to commit to playing their part by designating a lead member for food poverty, to draw up a food action plan, and to take inspiration from emerging community responses to food poverty. The good news is that there is a huge amount of work already going on in our communities by councils, churches, charities and food banks.

For more information or to get involved in the campaign please visit www.party.coop/campaign/food-justice.